Architecture Office was asked to renovate the Cheerio, a historic mixed-use building in Cleveland’s Gordon Square neighborhood. As part of this renovation, thousands of Maple parquet floorboards had been reclaimed from a demolished racquetball court for eventual use as a construction material. Grooved, lacquered, painted on one side and streaked with adhesive on the other, while the Cheerio’s facade was under construction, we were able to put these idle floorboards to use.

With permission, we installed a work titled 2686 Ones in one of the Cheerio’s ground floor retail units during construction⁠. We used the program Rhinoceros to generate a form that⁠ transforms from a horizontal flat surface to a vaulted arch as it progresses from the front to the back of the unit. This arch was mapped to the space and full-scale blueprints were printed and assembled for construction. Over three weeks, we individually suspended each floorboard from the ceiling with string. Reclaimed science laboratory sinks were inverted, stacked and placed throughout the space.

2686 Ones was displayed to the public as part of Cleveland’s annual Parade the Circle festival. Through the event, a yogi practiced behind a semi-transparent sheet hung at the back of the unit. The historic materials and historic building communicate with the arch, symbolizing the dichotomy between the computer-generated forms of today’s architecture practice and the manual practices of the past. This duality is reflected in the yogi’s performance, a comment on the building’s return to life. Today, the boards line the floor and serve as countertops for kitchen islands throughout the Cheerio’s second story apartments. 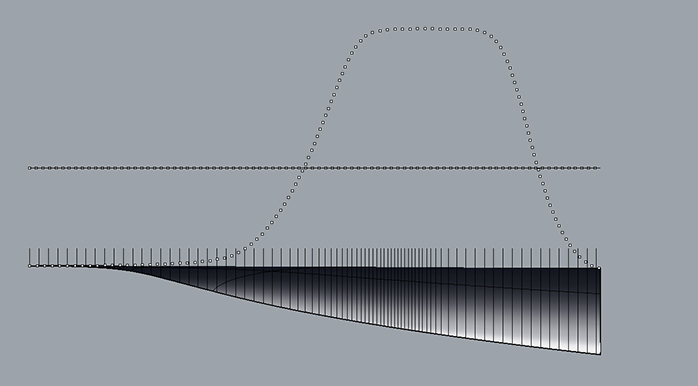 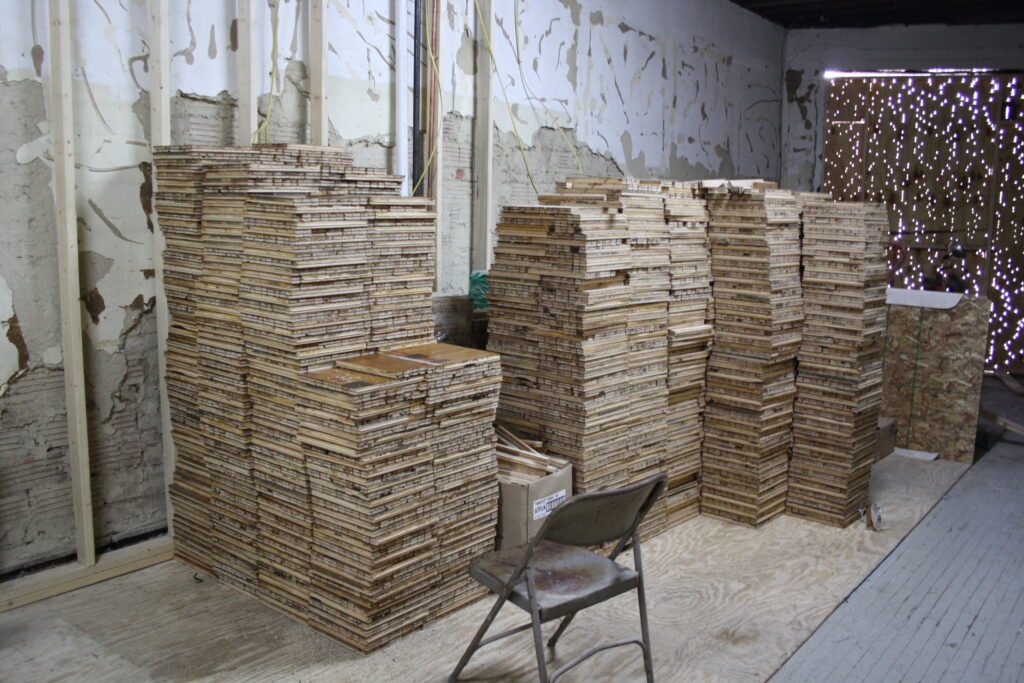 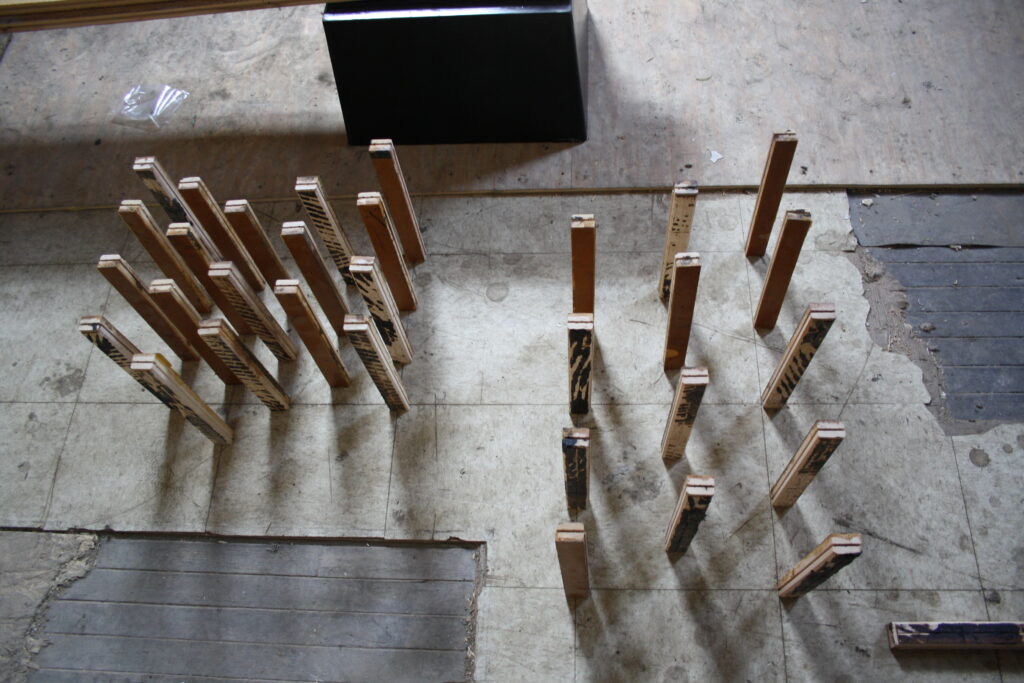 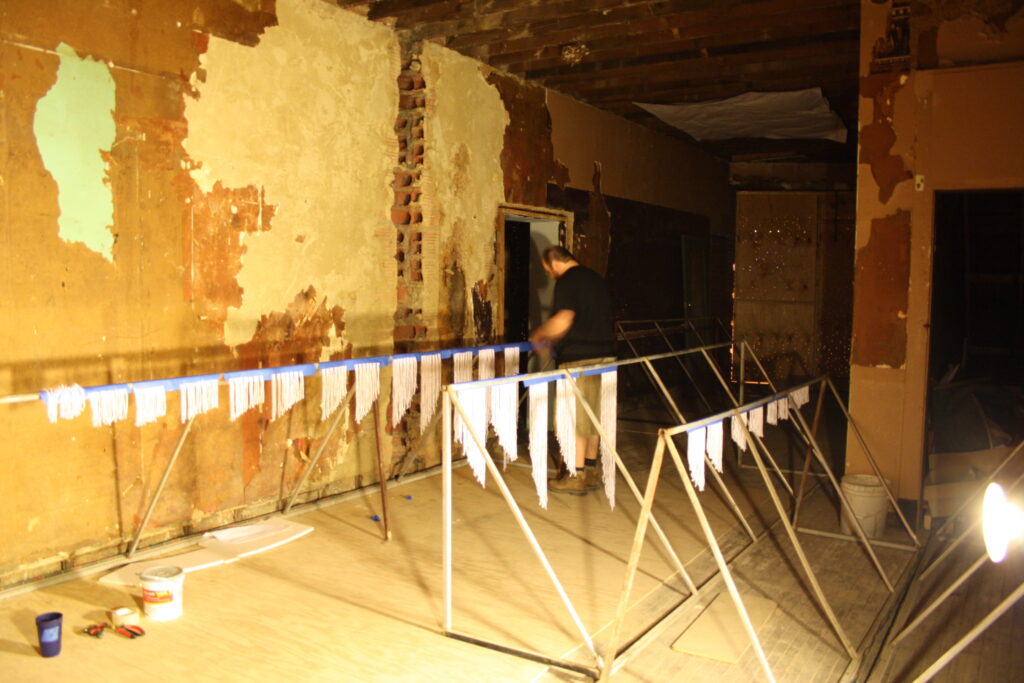 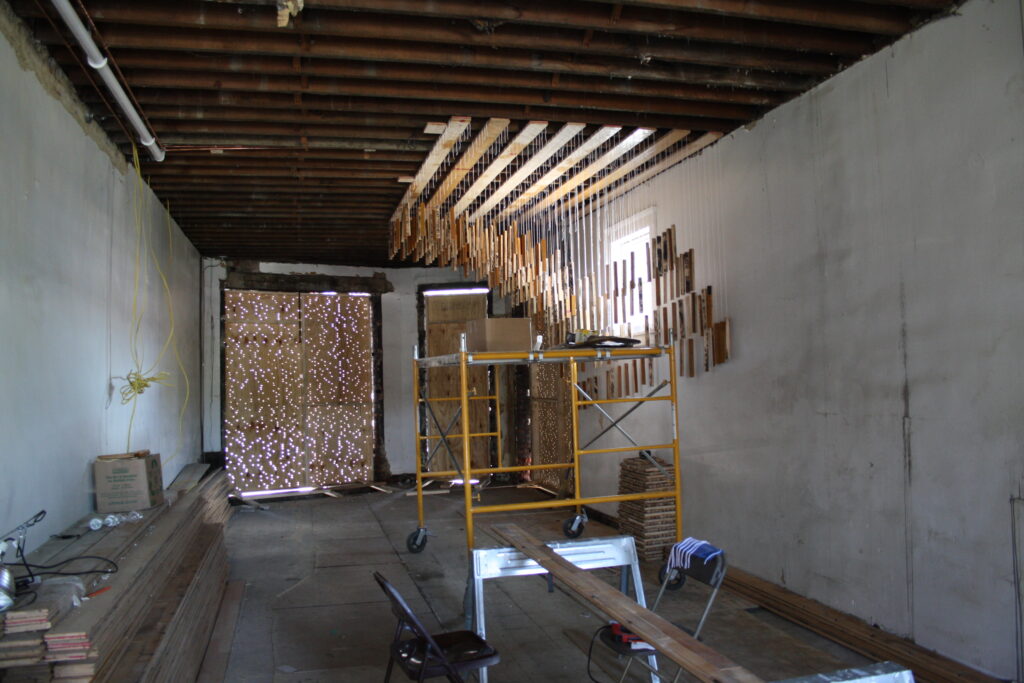 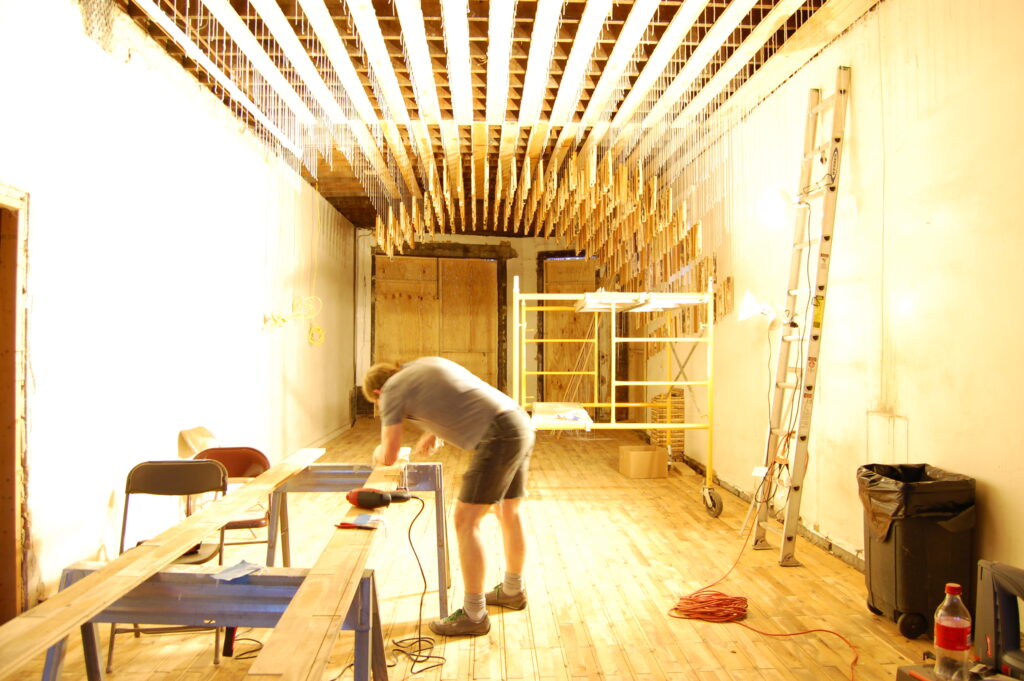 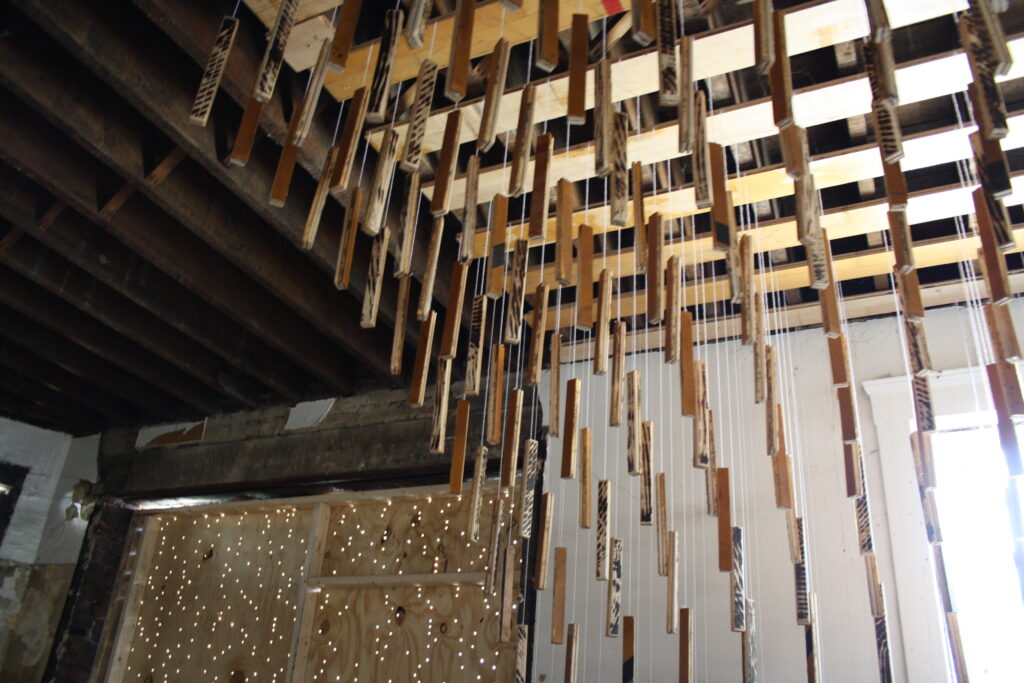 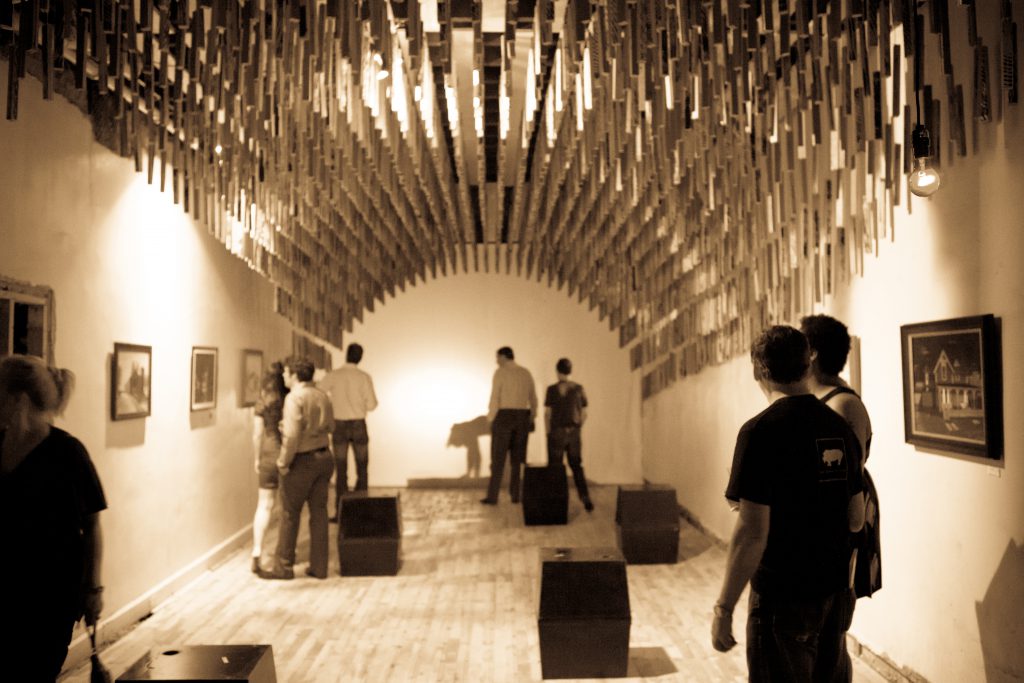 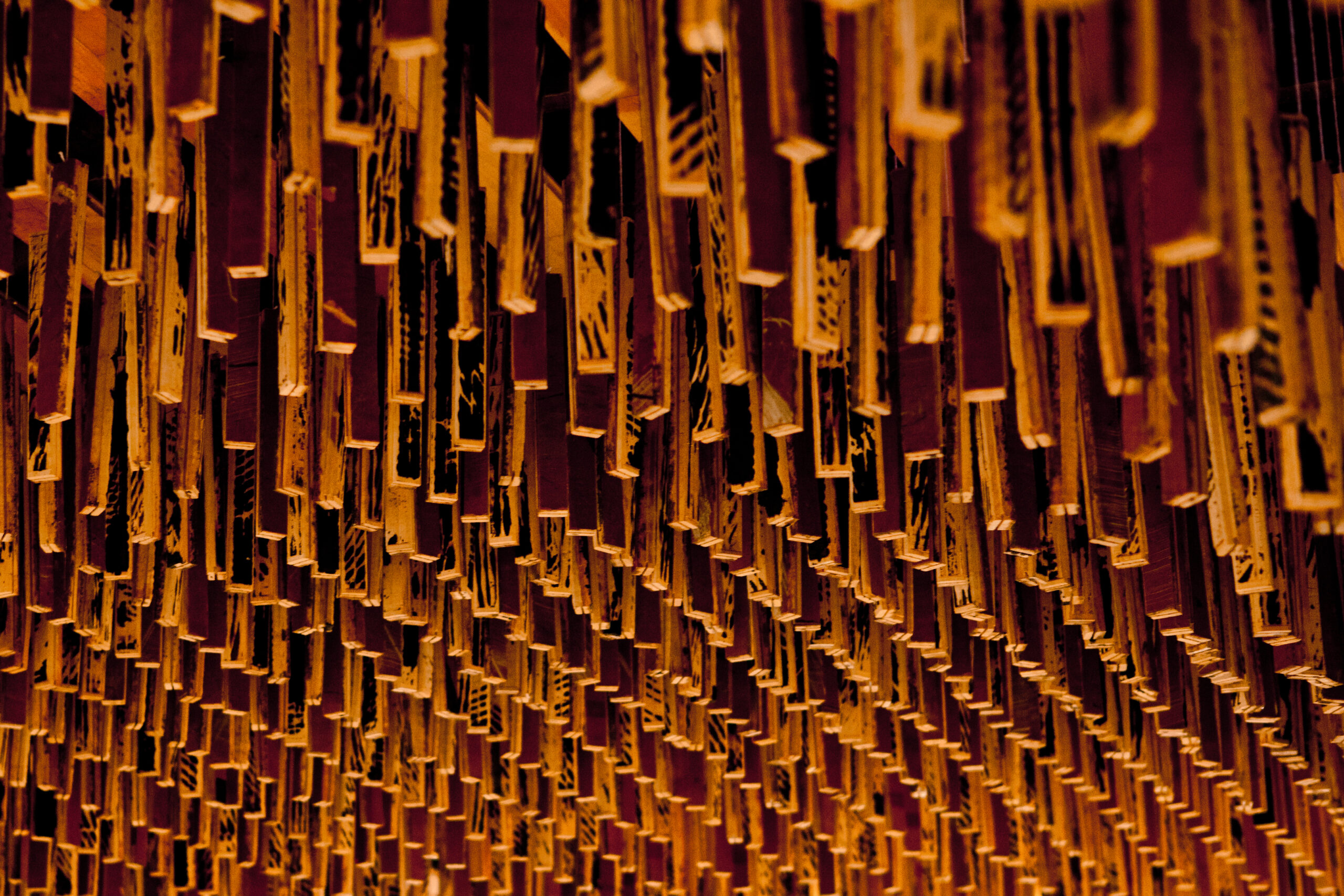 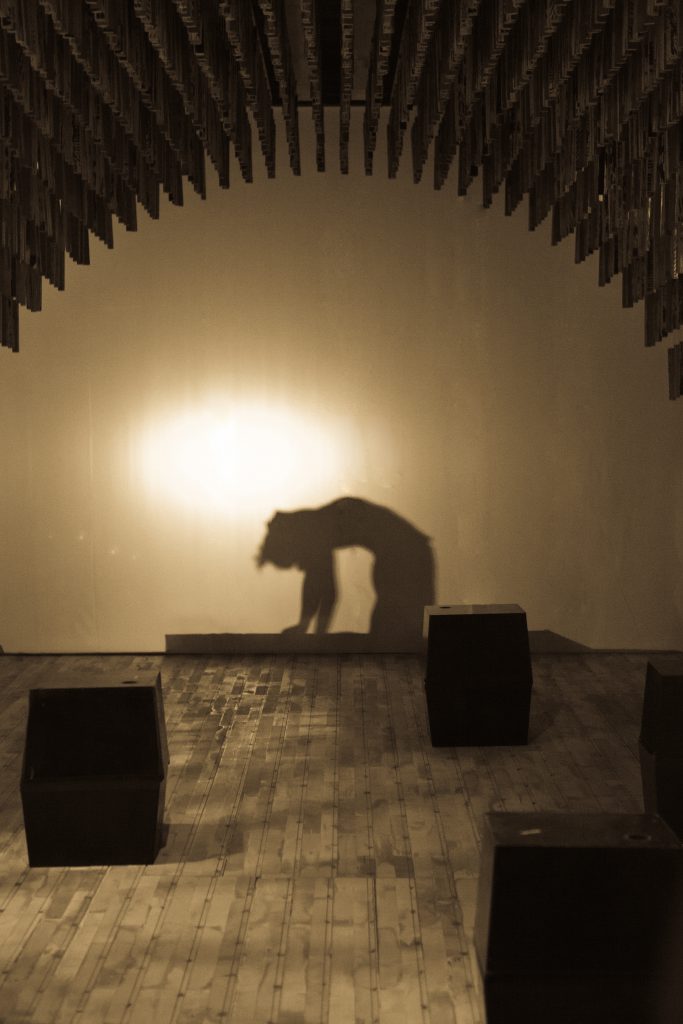 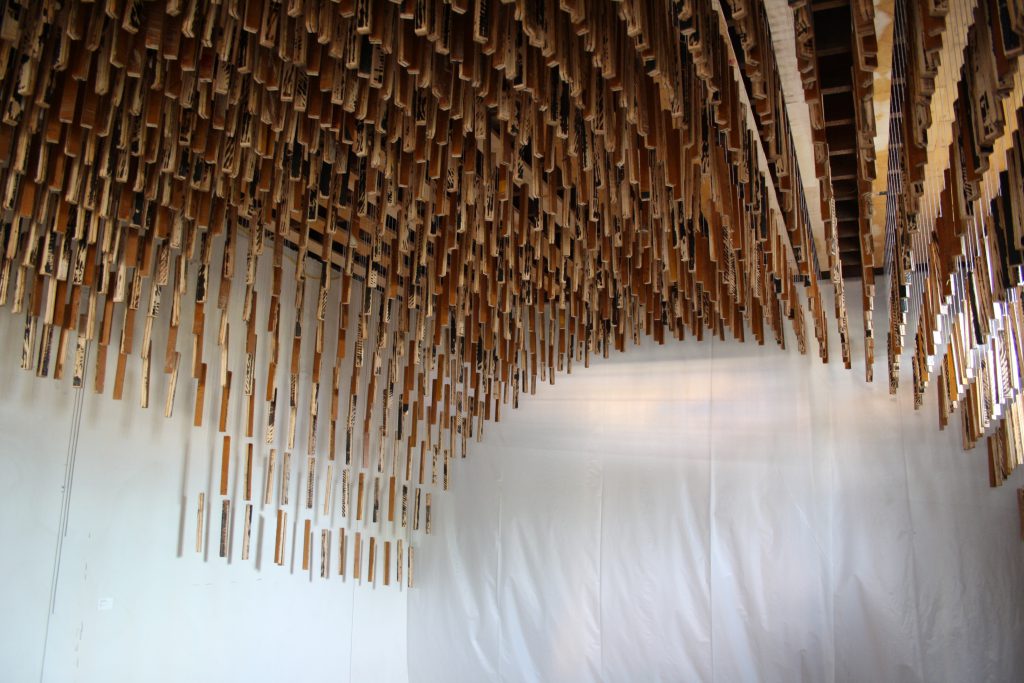 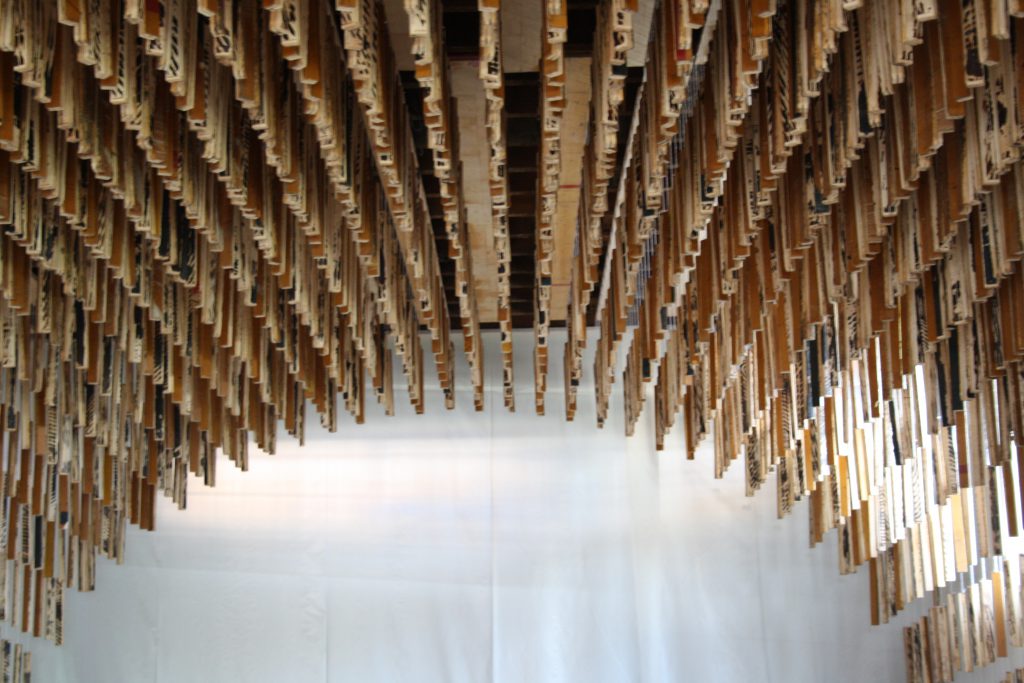 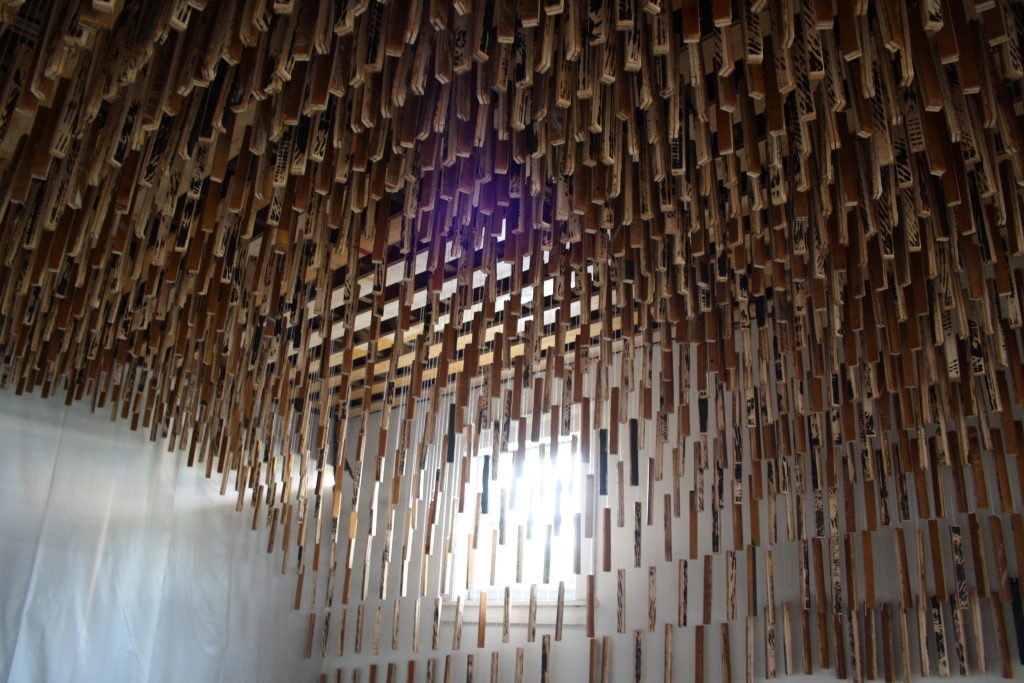