Scalish Construction, a Cleveland-based contractor, asked Architecture Office to renovate a two story mixed-use building. This project required us to renovate the building’s original exterior—which had been obscured by a facade installed in the 1950’s—and to design an office featuring a waiting area, workspace, bathroom and kitchen⁠ to occupy an unfinished street level commercial unit.

After removing the facade, we discovered that much of the building’s original exterior had deteriorated and would have to be completely replaced. Working from historic photographs, we reverse-engineered the historic condition by comparing the number of windows to the size of the unit’s window frame. Constructed out of rot-resistant Azek, the new frames are true to the building’s historic proportions and aesthetic.

The Scalish office is oriented around two details: sliding barn doors and two parallel strips of custom-made LED lighting. Two six by twelve foot barn doors constructed from salvaged spalted maple run along an in-built nook that houses the office kitchen. This allows the kitchen to be hidden away from the open plan work area when not in use.

Featuring individual die spaced so close together that they disappear into a single band of light, the LED strips extend across the length of the office ceiling and past the bathroom walls at the rear of the unit. No commercially available product was able to achieve this lighting effect at the time of construction, so each light strip was custom designed and fabricated in the field. Designed to create an even distribution of light with the least number of fixtures, the strips act as organizational drivers for the functional flow of space. Together with the doors, they strengthen the simplicity and functionality of the office layout. 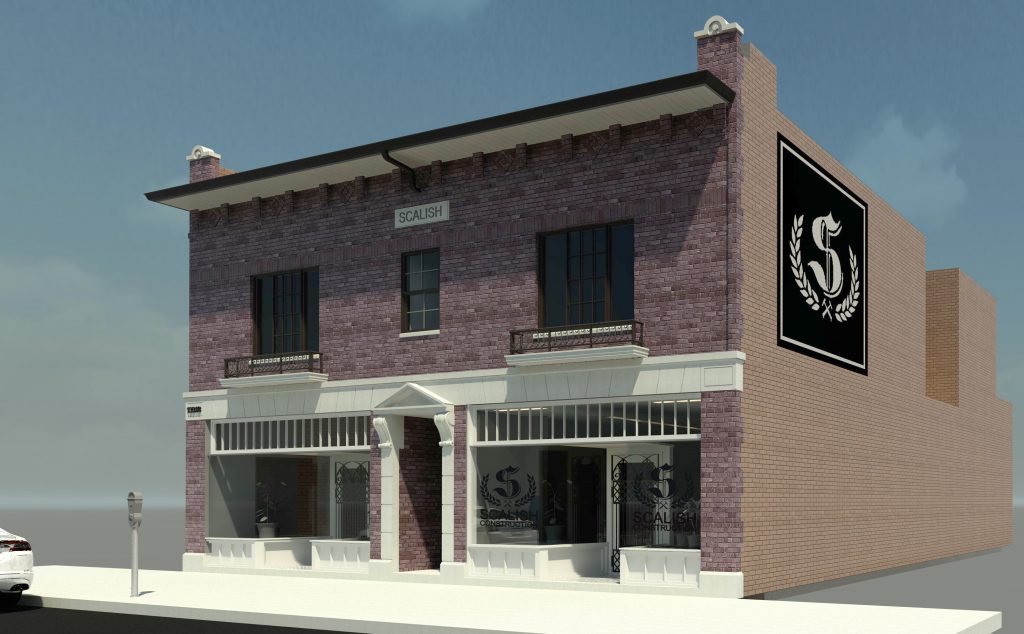 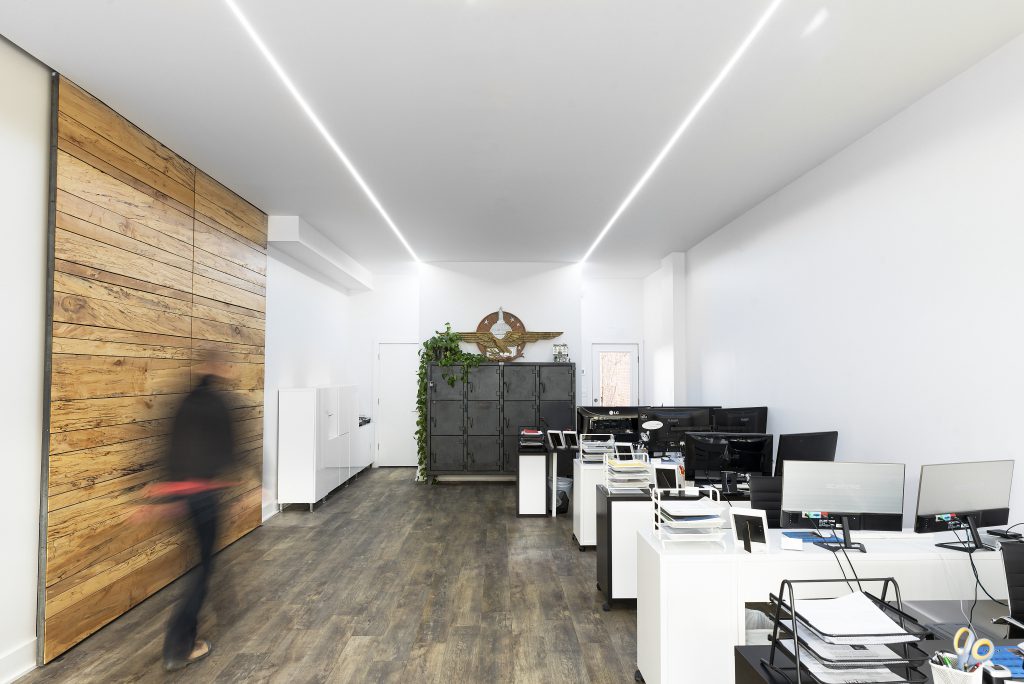 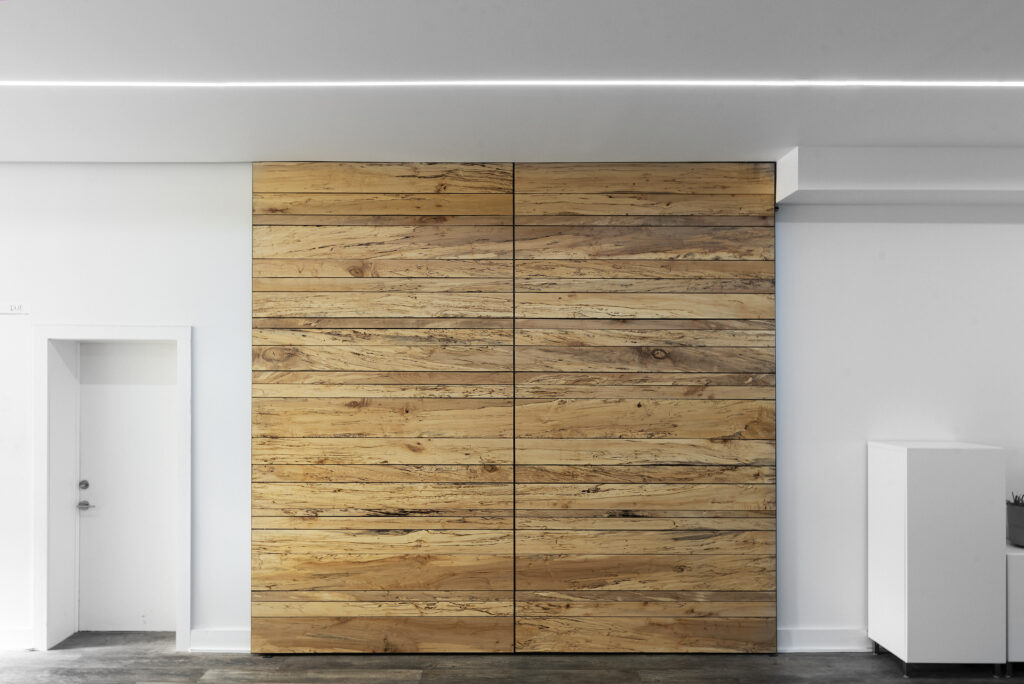 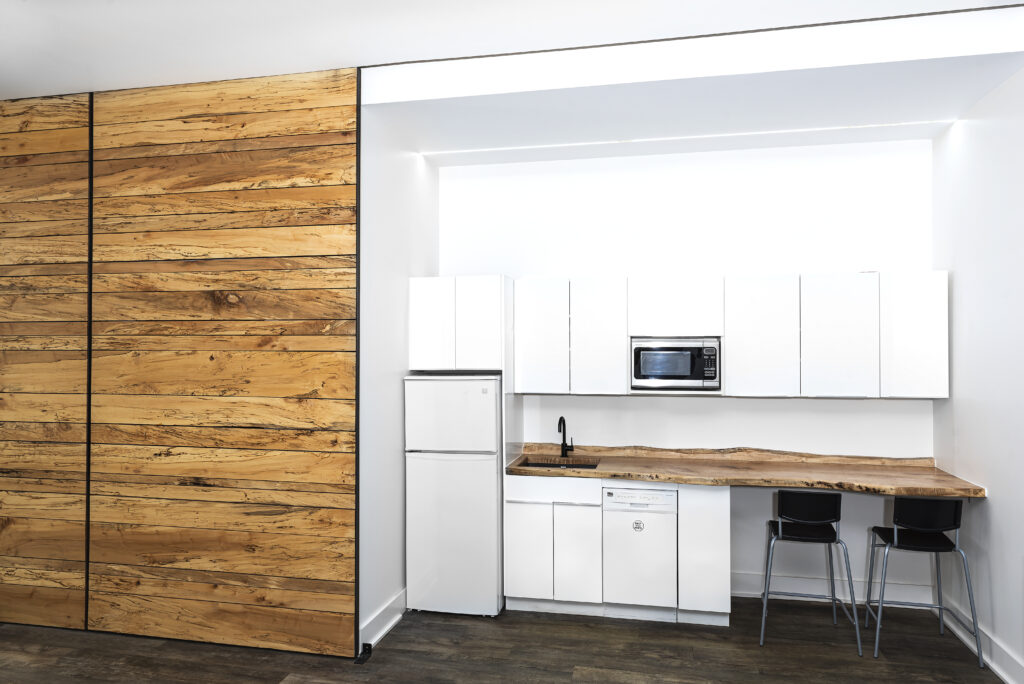 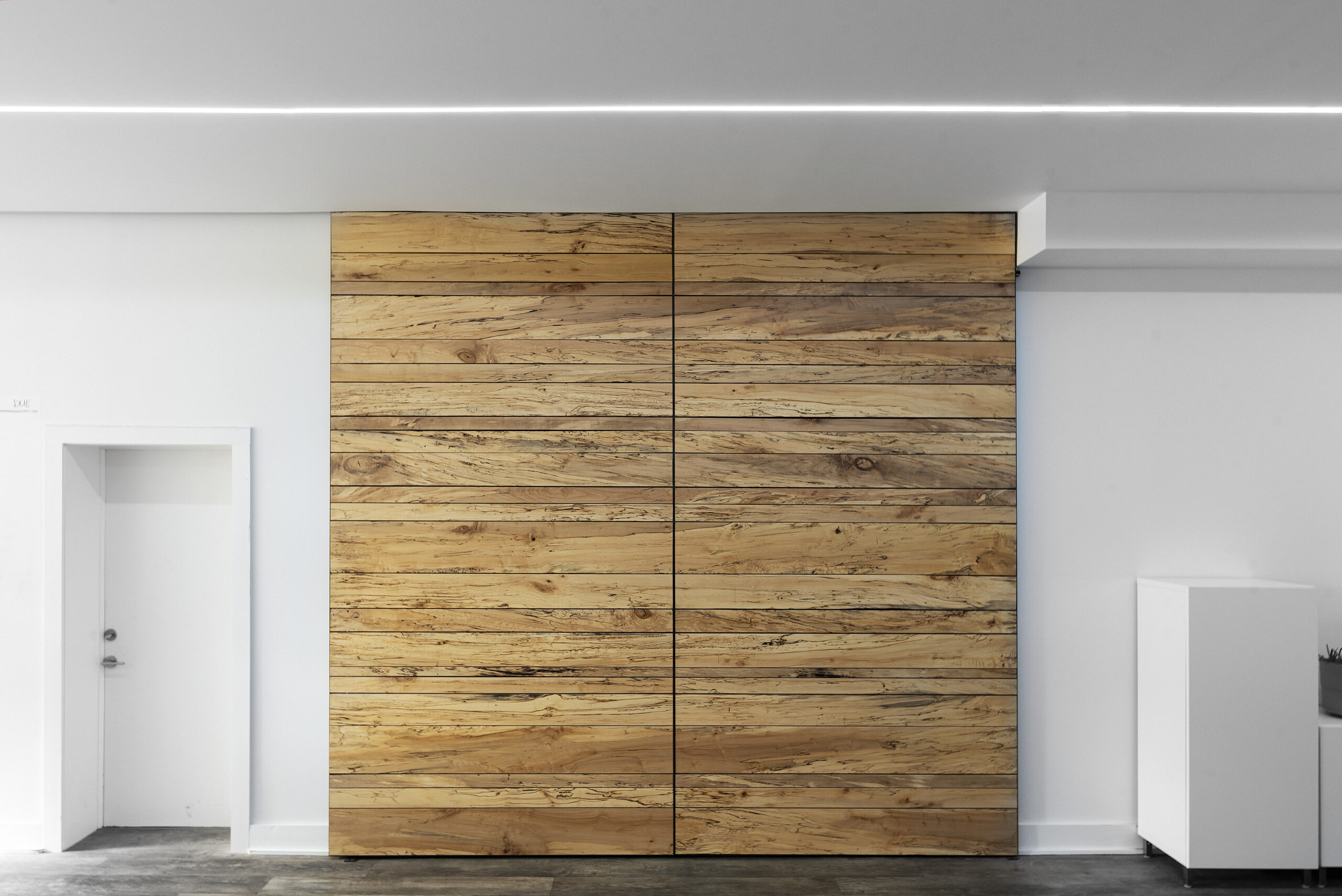 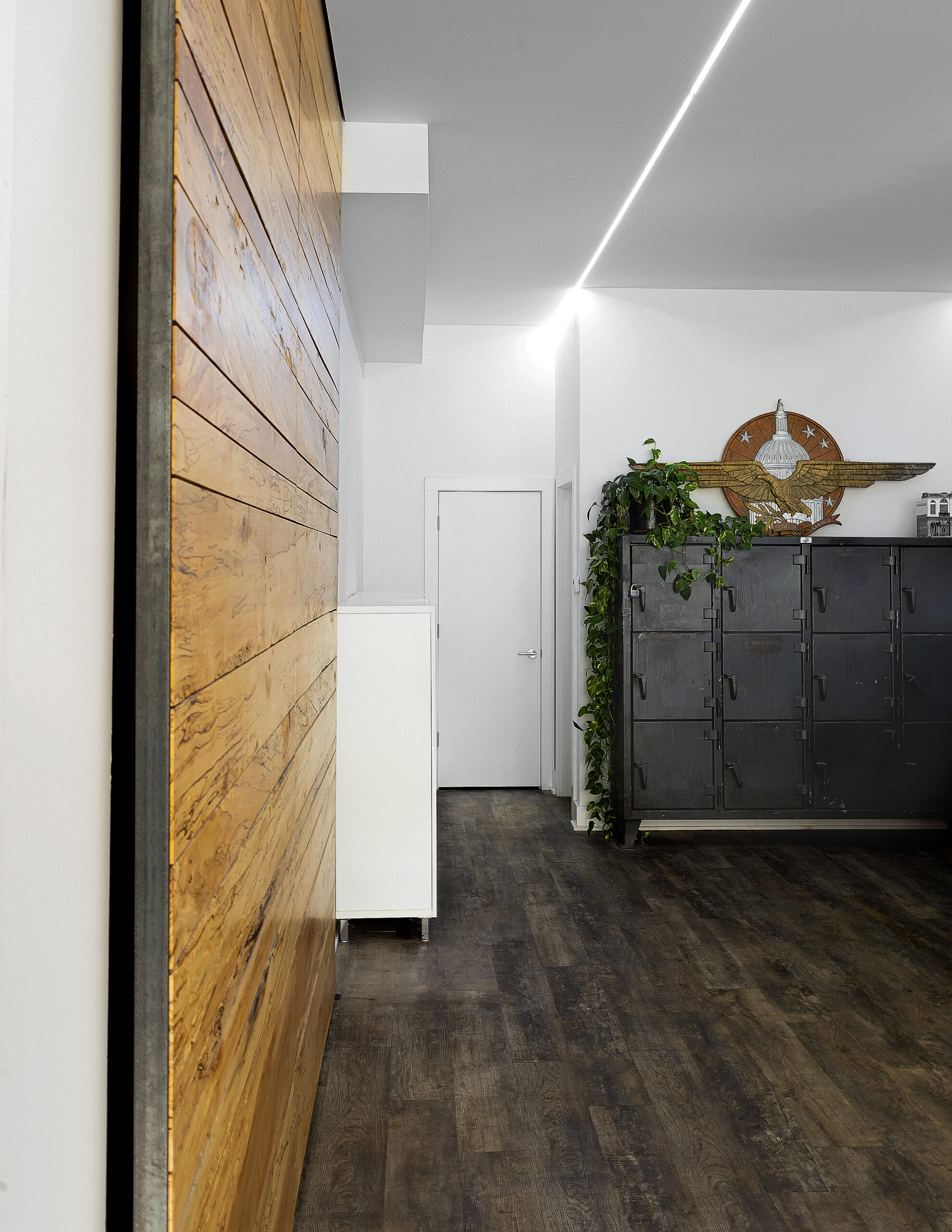 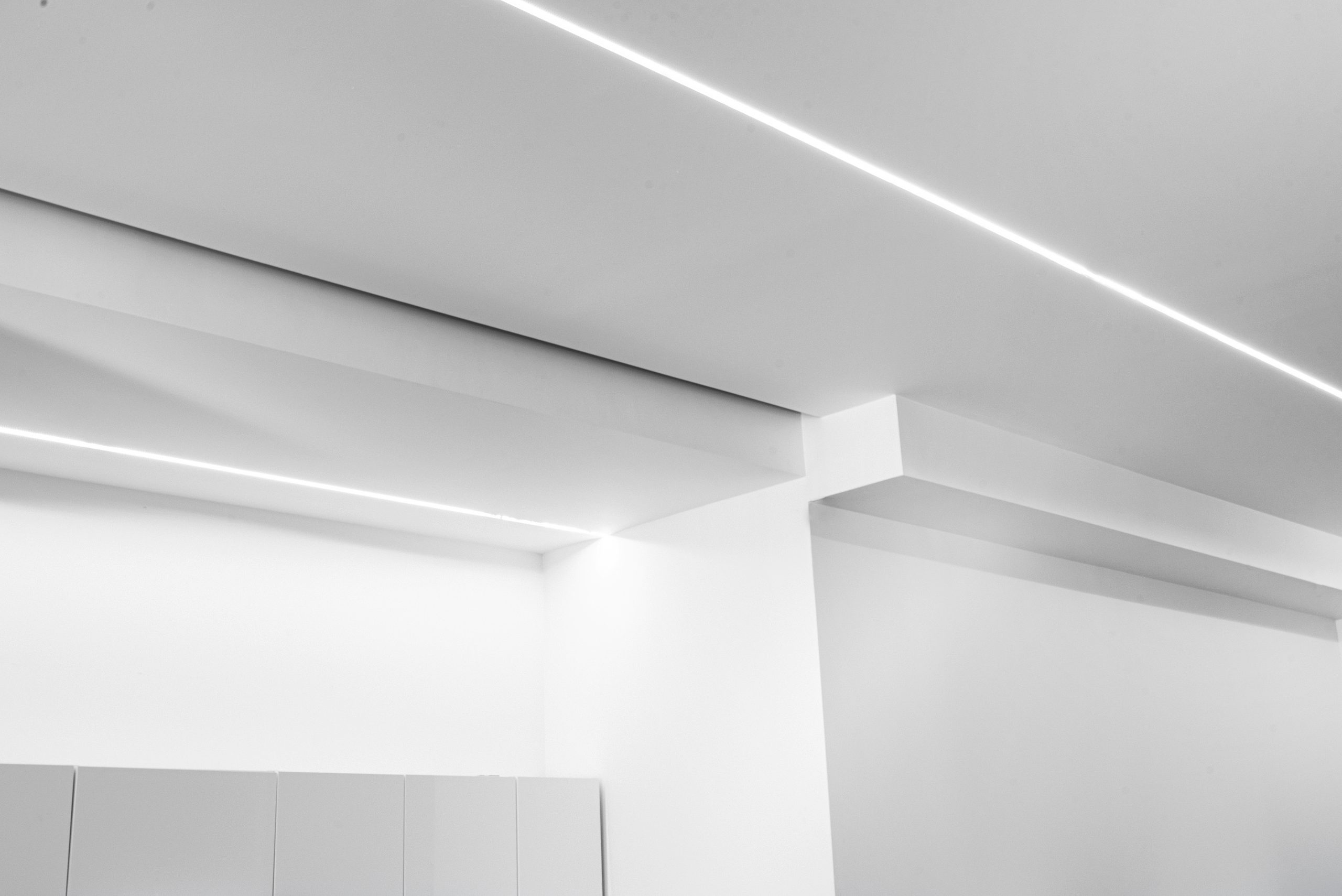 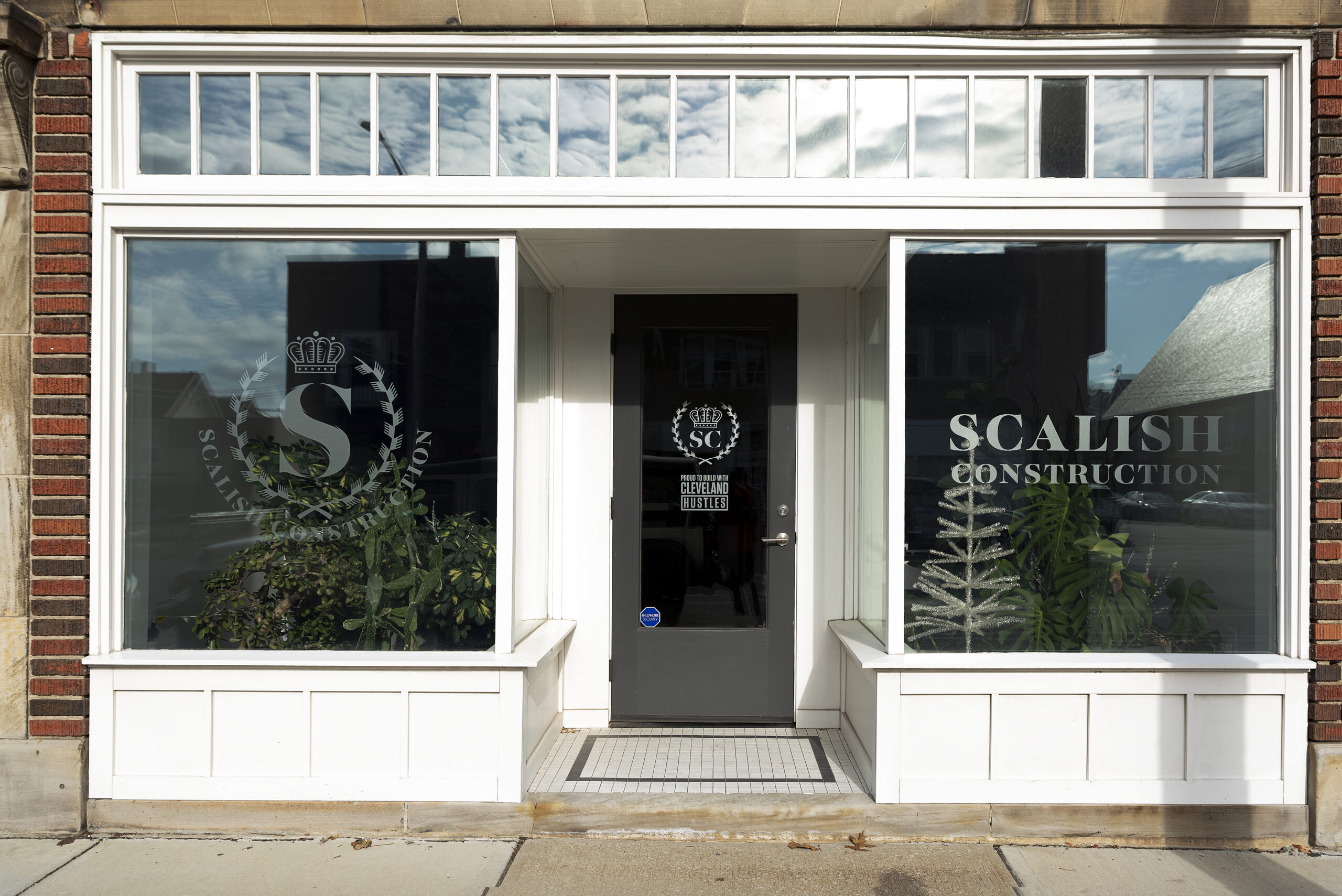 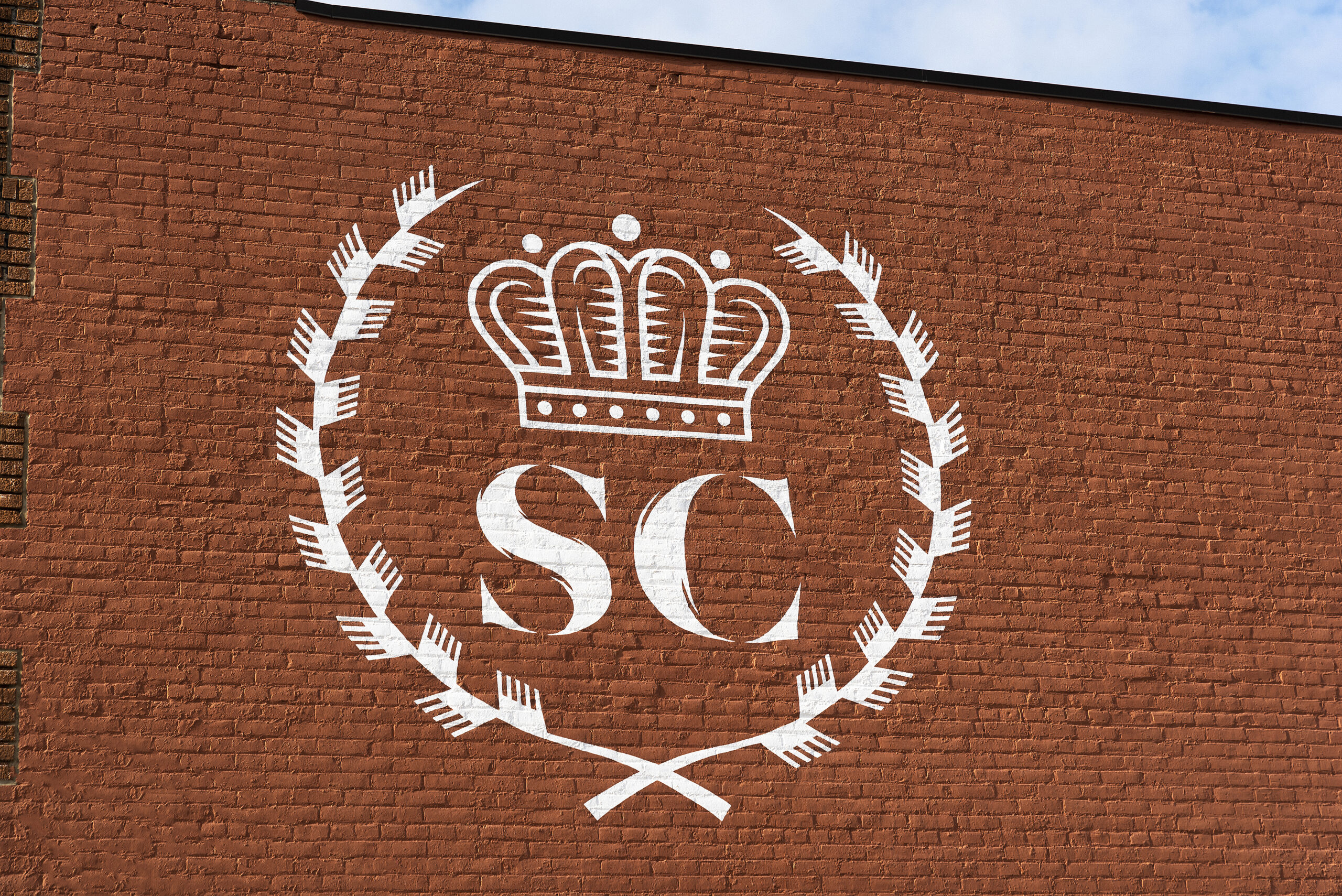 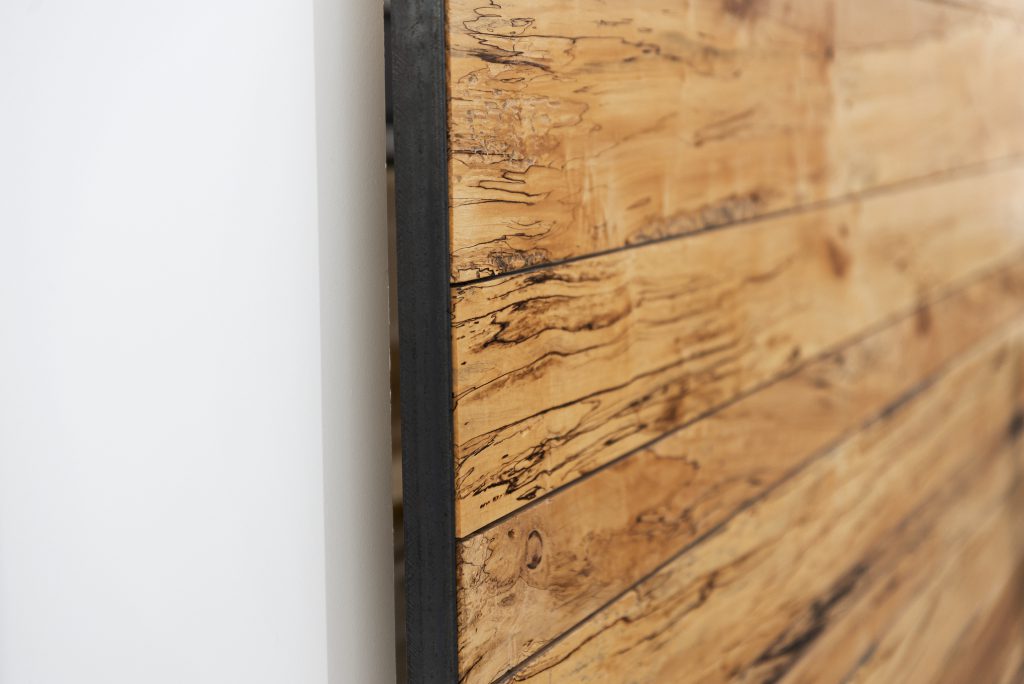 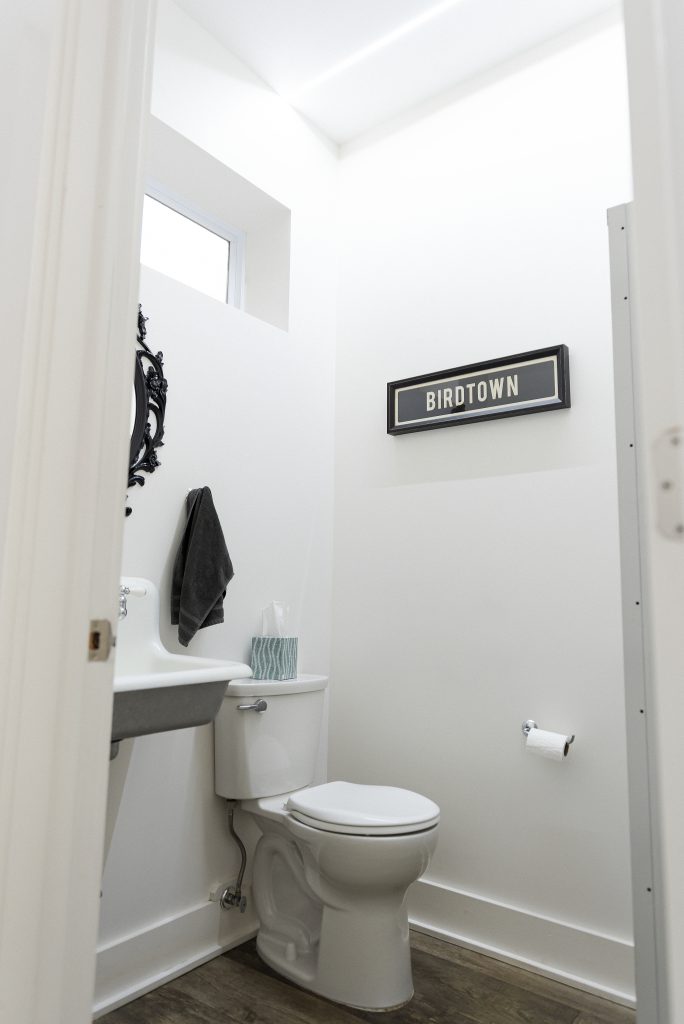