IngenuityFest is an annual festival that showcases art and performances by Northeast Ohio’s creative community to over 20,000 visitors. Since 2016, this event has been hosted at the home of our office, the Hamilton Collaborative—a sprawling St. Clair-Superior work complex. For IngenuityFest 2019, Architecture Office contributed Merge: an installation work that took advantage of a series of staircases hidden in this warehouse’s labyrinthine corridors.

Towards the center of this 500,000 square foot building lies three stories of emergency egress staircases. Each sporting a dramatic 20 foot ascent, these staircases have a powerful utilitarian switchback form enhanced by clear vertical views from the ground to third floor ceiling. We considered how an experiential condition could be created in this stairwell to take advantage of the space’s heavy industrial materials, harsh acoustical surfaces and confined, elongated forms.

Merge reimagines an existing condition whose spatial construct is derived entirely by utility. We installed two output lights—one at the top of the staircases and one at the bottom, and programmed them to respond to the bass and treble frequencies from music playing through the staircases. As each visitor made their way up and down the staircases, the experienced a warping of the lighting and acoustical conditions. Though people move through Merge, there is no destination. Only a space woven with light and sound. 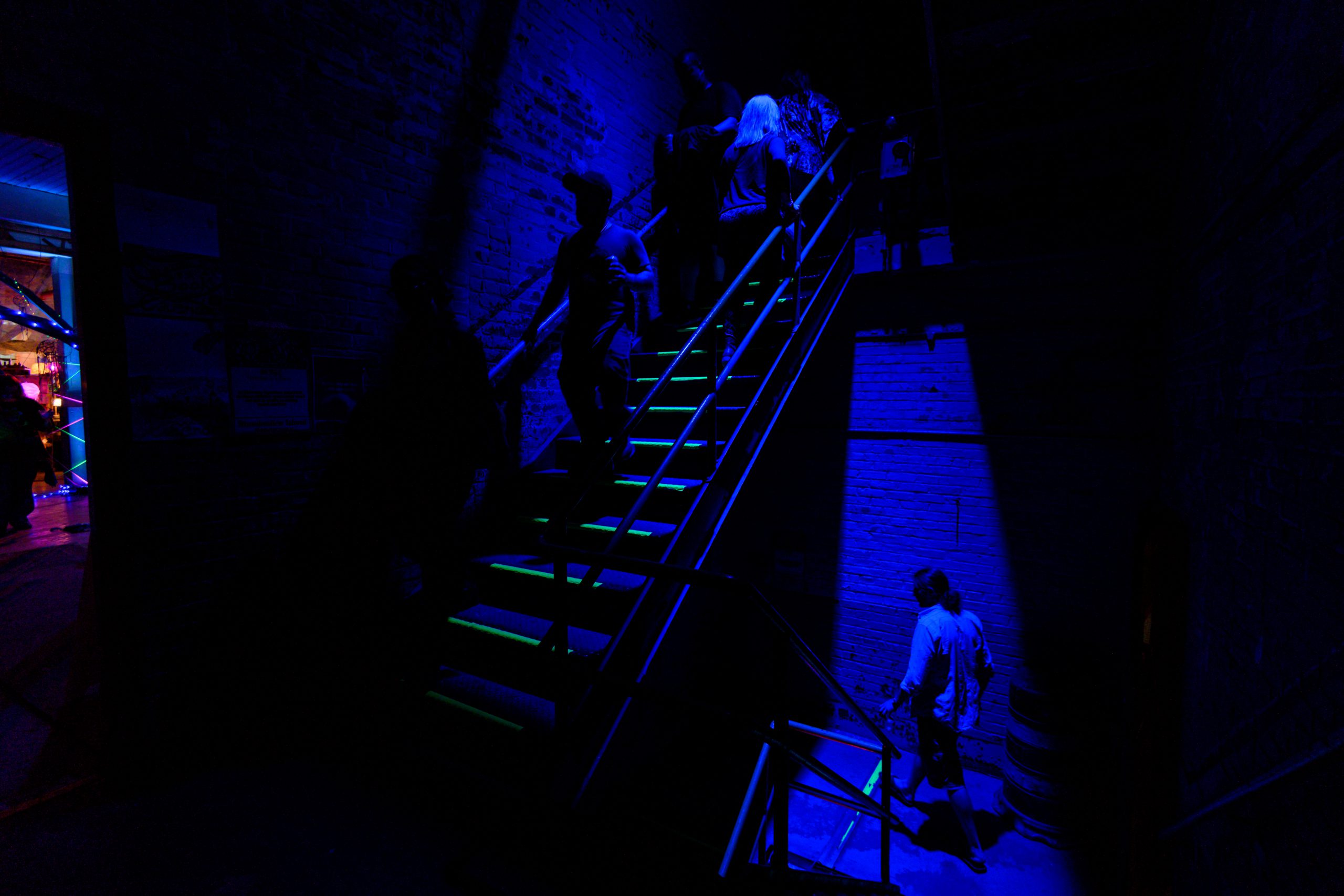 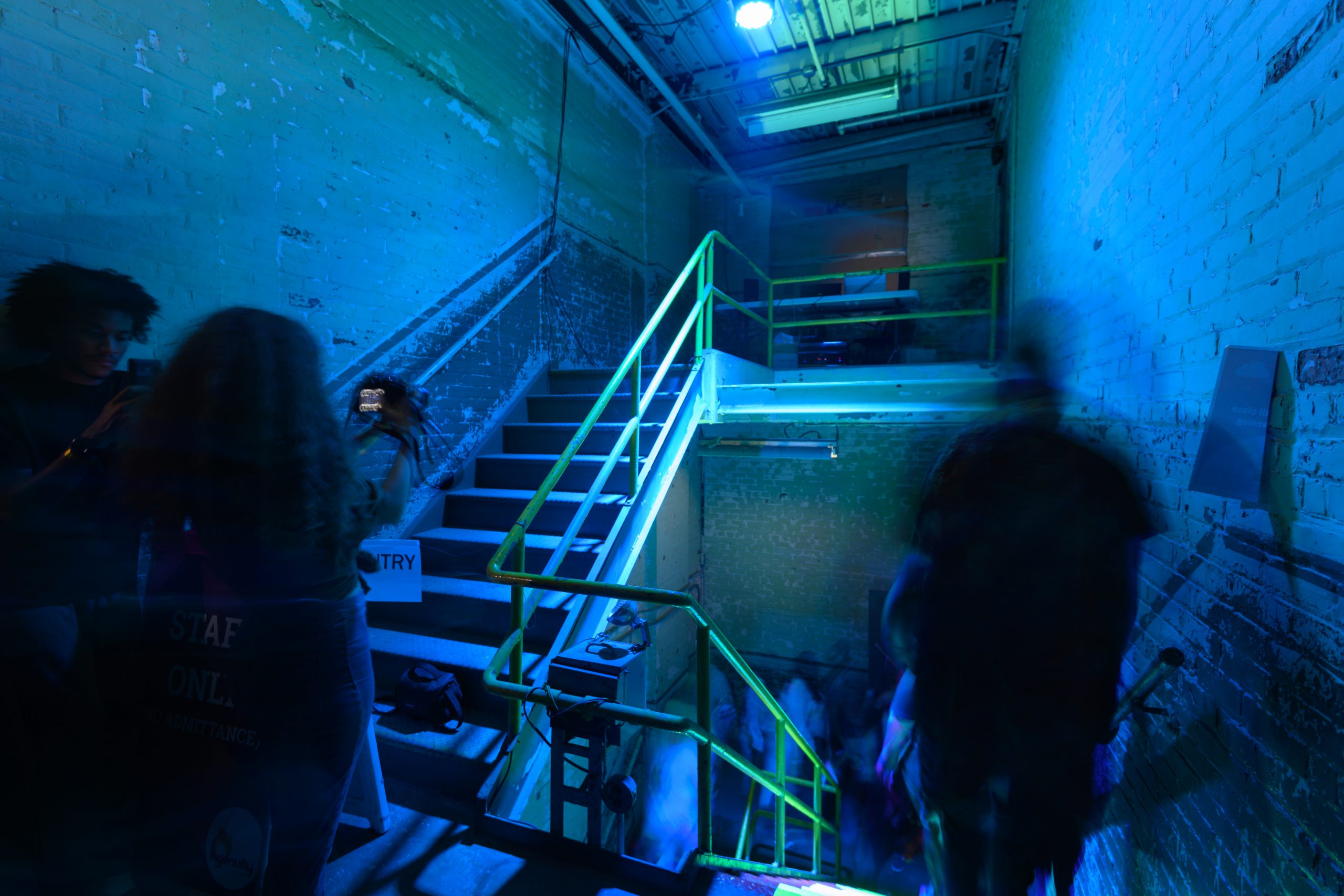 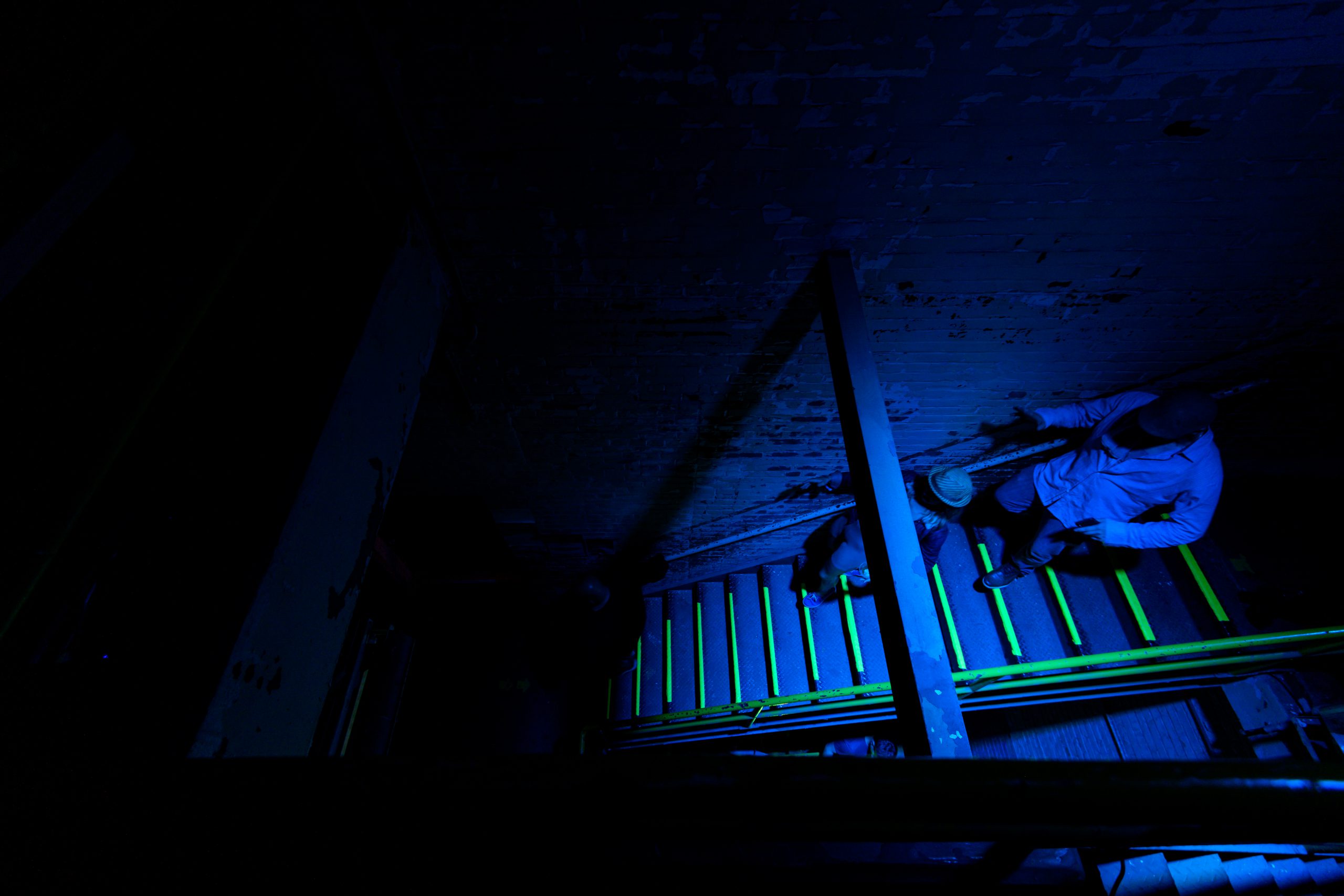 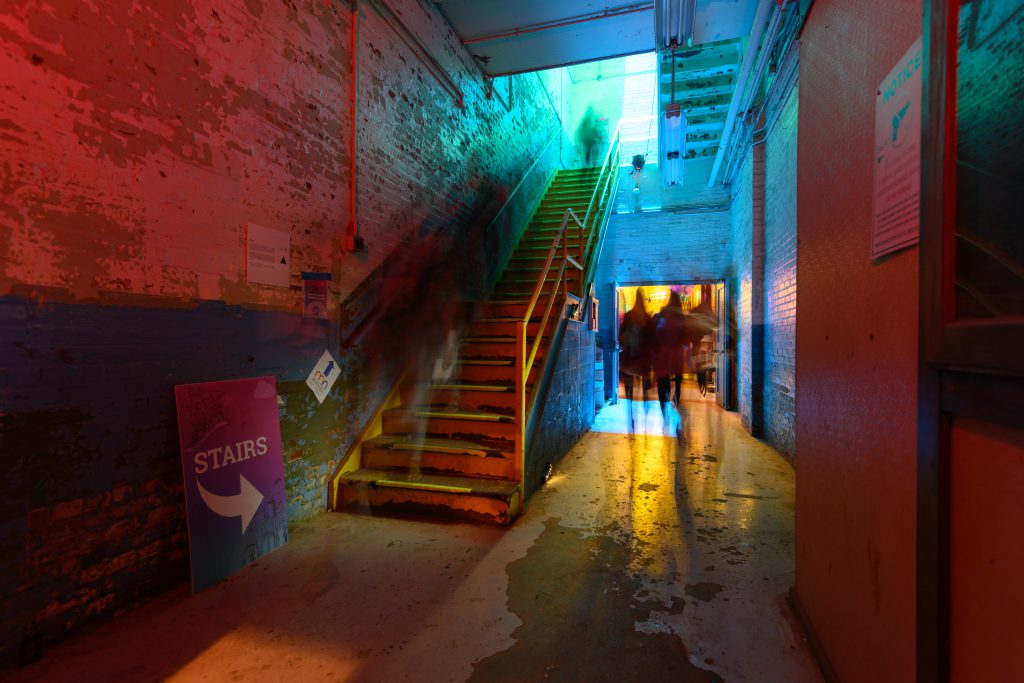