Architecture Office was asked to renovate the Cheerio, a historic mixed-use building in Cleveland’s Gordon Square neighborhood. While visiting the site, we noticed daylight penetrating perforations in construction boards across the building’s facade. This created a camera obscura effect, projecting inverted images of the Detroit Ave. streetscape into the building’s interior. We were inspired to replicate this effect for an on-site art installation, one which would skin the Cheerio’s construction board and serve as a public-facing artwork through 18 months of its renovation.

We began by designing a silhouette of a rhinoceros to draw visual attention to the project. We then chose a quote from the French philosopher Henri Lefebvre’s text on urban planning The Production of Space:

“An existing space may outlive its original purpose and the raison d’etre which determines its forms, functions, and structures; it may thus in a sense become vacant, and susceptible to being diverted, reappropriated and put to a use quite different from its initial one.”

Using Adobe Illustrator, we generated stencils of the rhinoceros and this quote in both English and morse code. We had these stencils laser cut to fit each of the site’s six street-facing boards.

The quotes and rhinoceros were spray-painted onto the boards along with “cheerio,” the name of the rhinoceros. We drilled through each third “dot” in the morse code text. The boards were affixed to the building, and we titled this project “Binoceros”—a portmanteau of binary and rhinoceros.

When viewed from the outside, Binoceros speaks to the renewal of the Cheerio building, abandoned for years prior to its redevelopment. When viewed from the inside, the camera holes cast a striking array of impressionistic streetscapes through its interior. 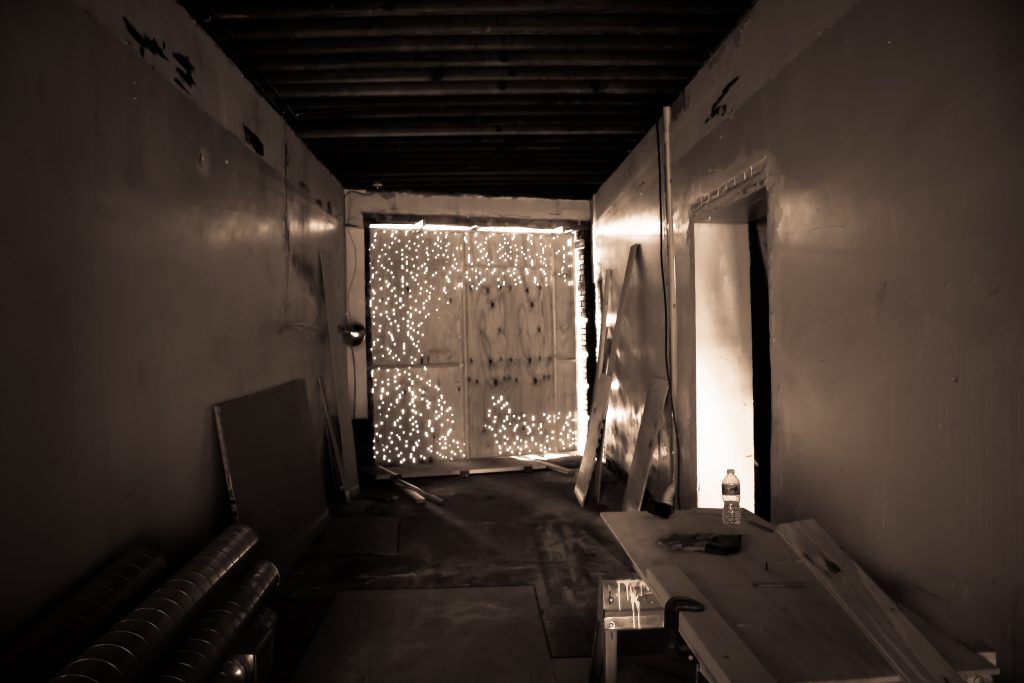 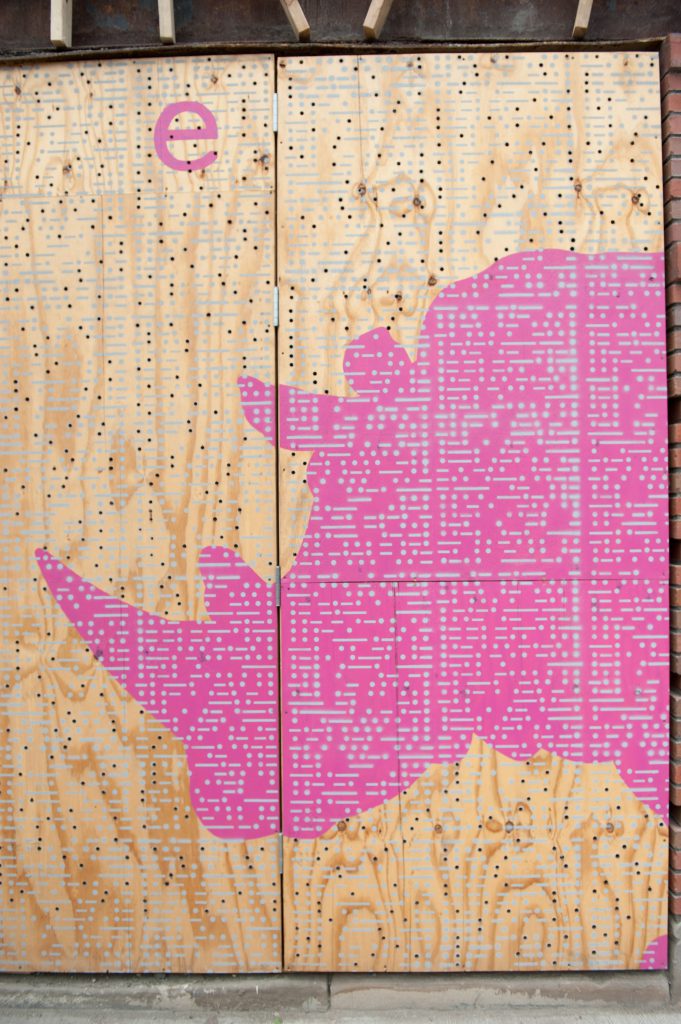 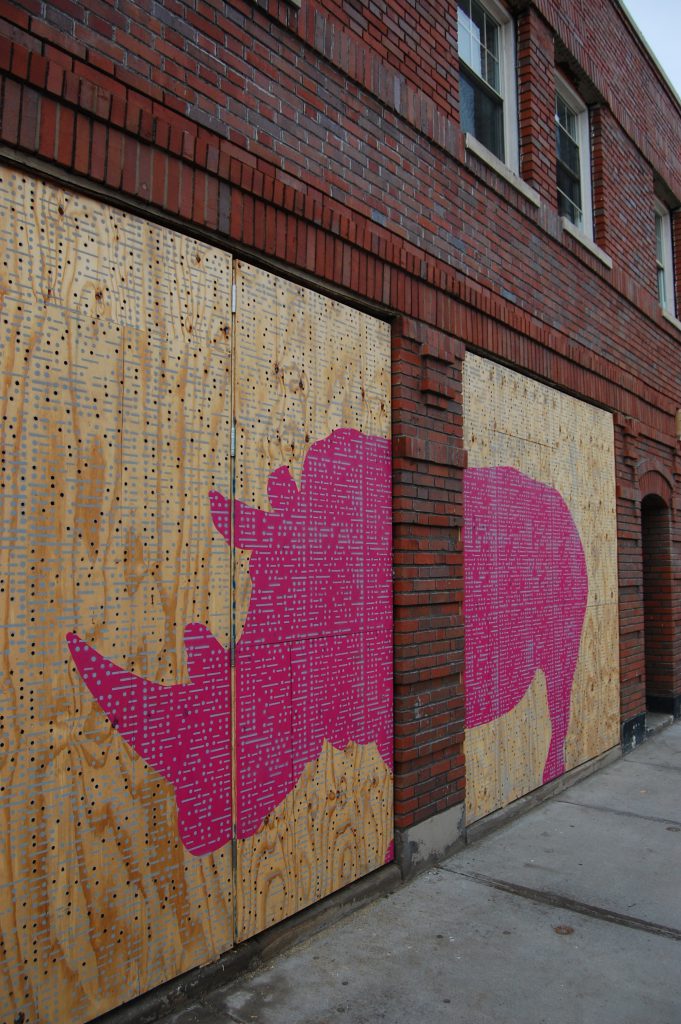 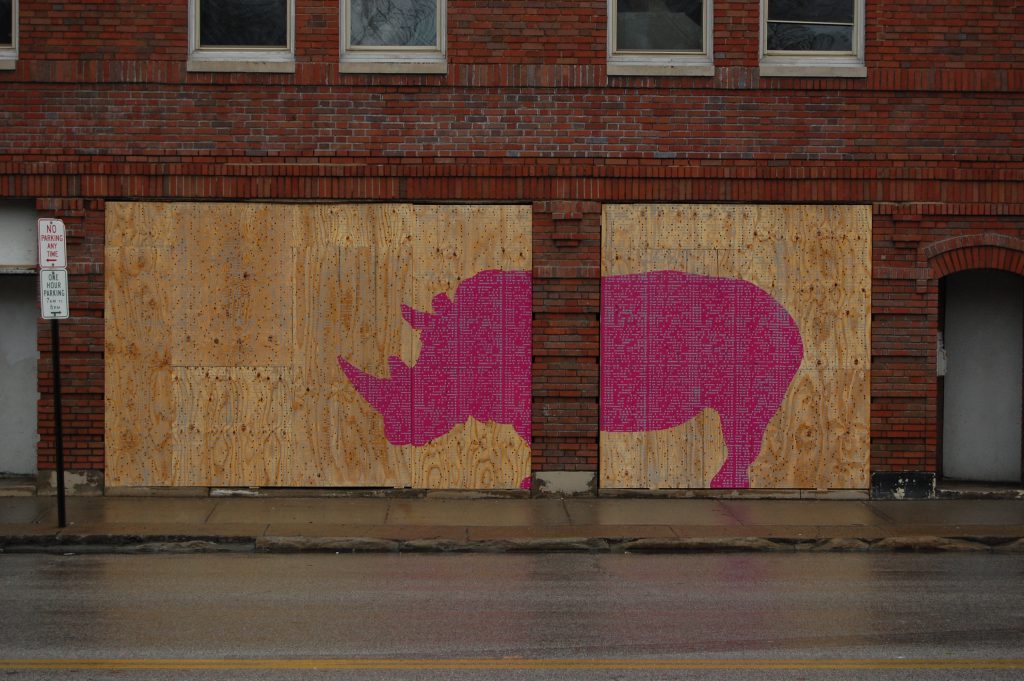 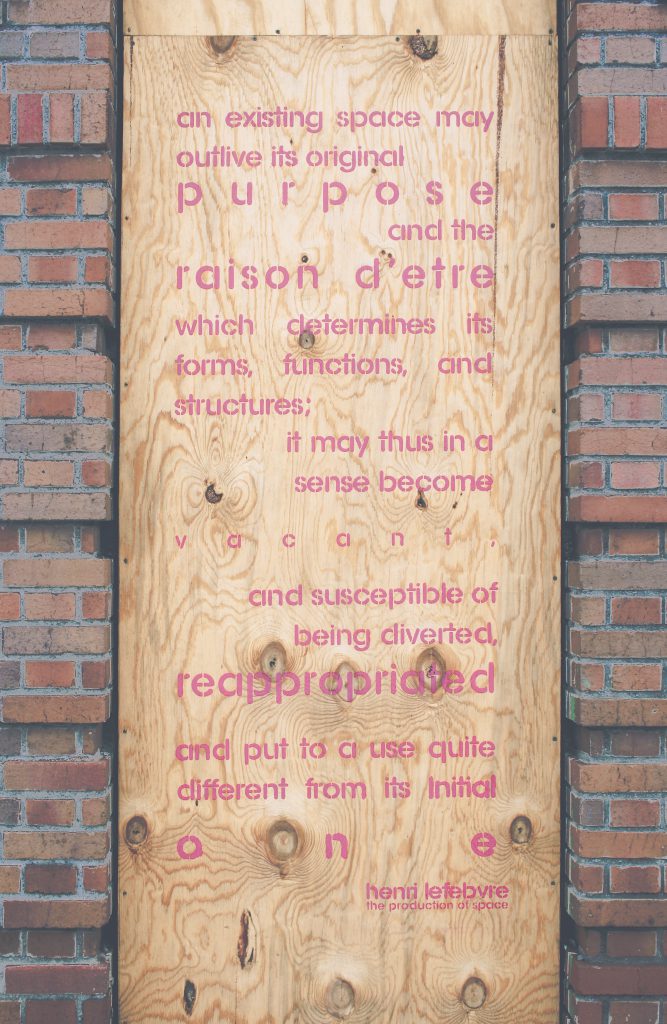 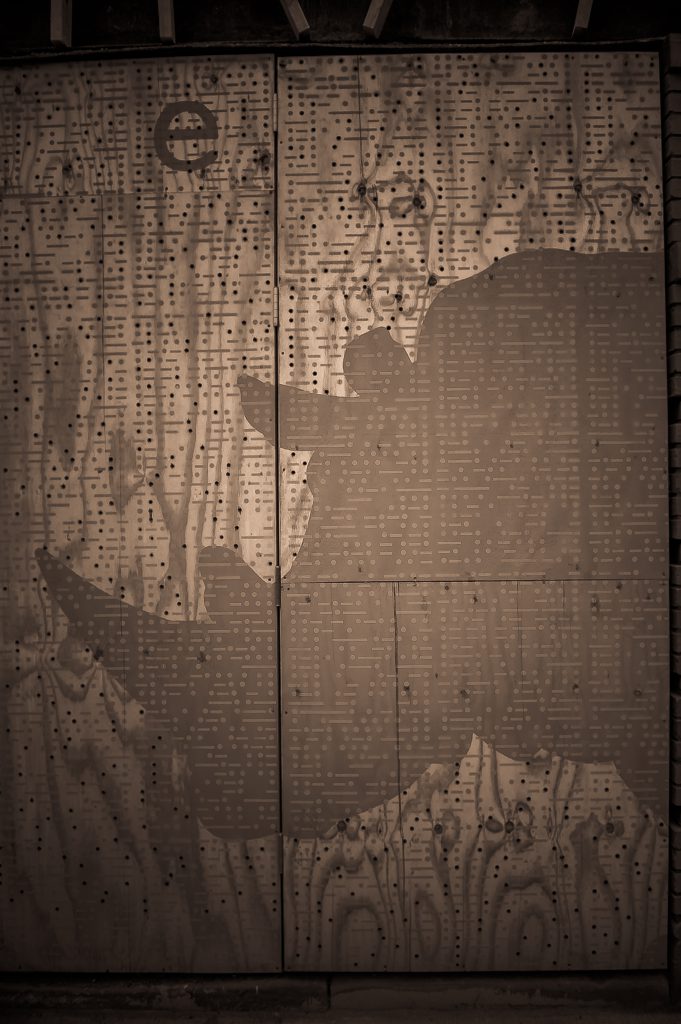 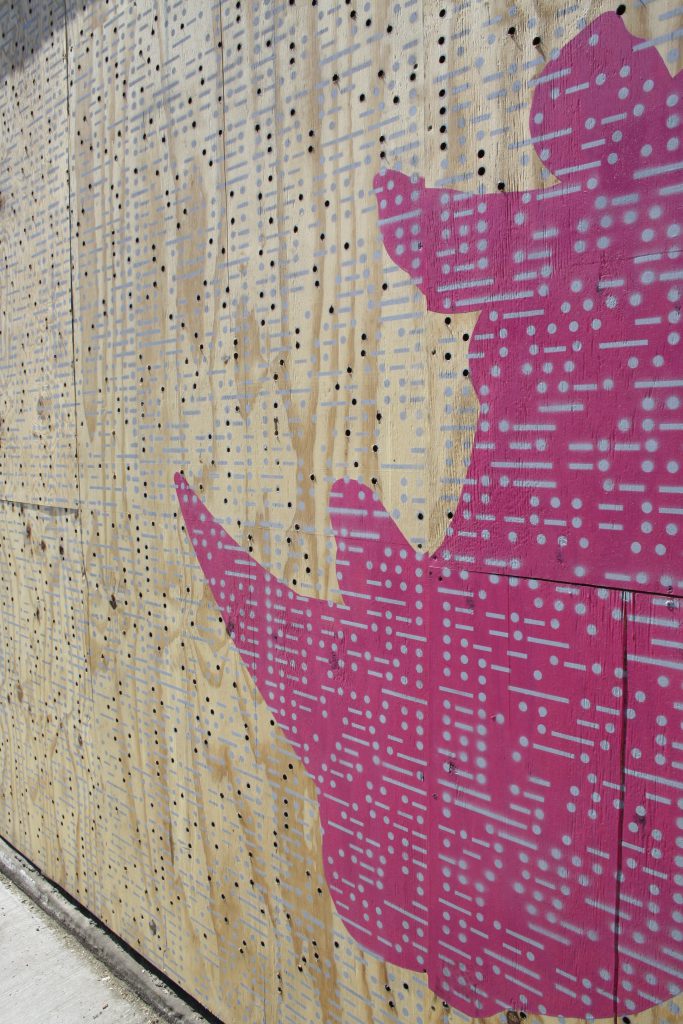