IngenuityFest is an annual festival that showcases art and performance works by Northeast Ohio’s creative community to over 20,000 visitors. Since 2016, this event has been hosted at the home of our office, the Hamilton Collaborative—a sprawling St. Clair-Superior work complex. For IngenuityFest 2018, Architecture Office contributed Archetypal Remix: A gravity defying interactive seating and viewing sculpture comprised of the traditional house form flipped and stacked.

For this project, we reclaimed and re-engineered four 4’ x 6’ x 6’ tall house forms that had been used during an installation project hosted at Cleveland’s Brite Winter music festival 2017. We generated these four objects in the program Rhinoceros and experimented with ways they could be arranged within an alcove in the Hamilton Complex’s parking lot that would also host a stage for performances.

Our investigation produced an uncanny arrangement of forms—one “house” resting lightly on the ground, the other three stacked atop it in a carnivalesque jumble. The bottom two houses serve as viewing platforms for the stage, reinforced with floor joists to bear human load. A void was cut between them for ladder access. Each house was re-engineered and reinforced to increase durability.

Archetypal Remix speaks to Architecture Office’s aesthetic commitment to iteration and simplicity and our work repurposing historical forms into new contexts. Visitors to our office will see this installation nestled into a corner of our space’s shared parking lot. 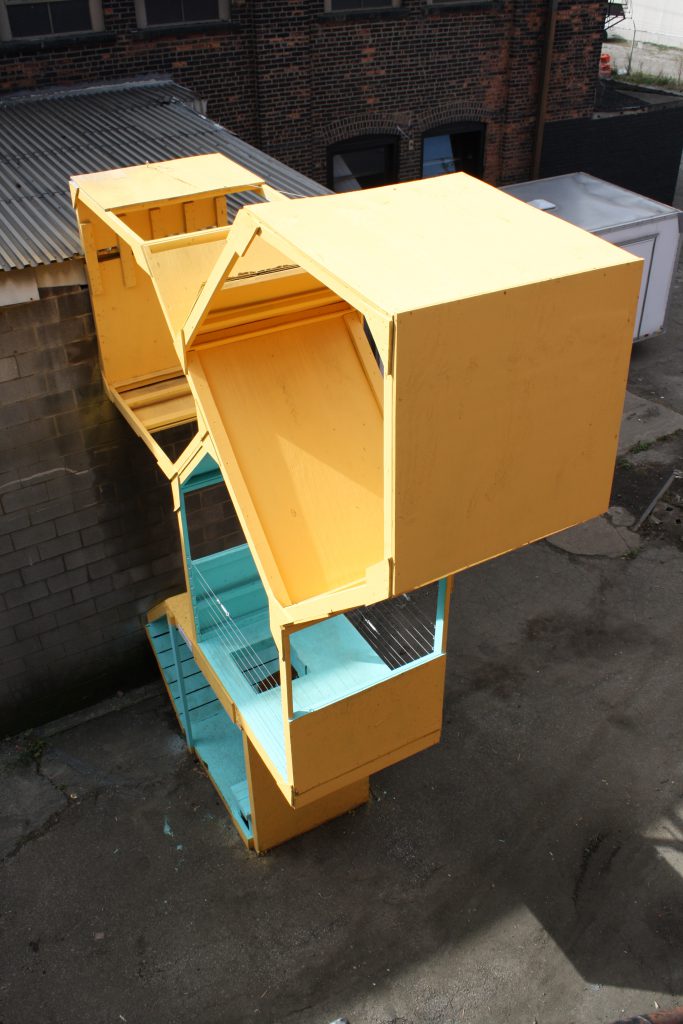 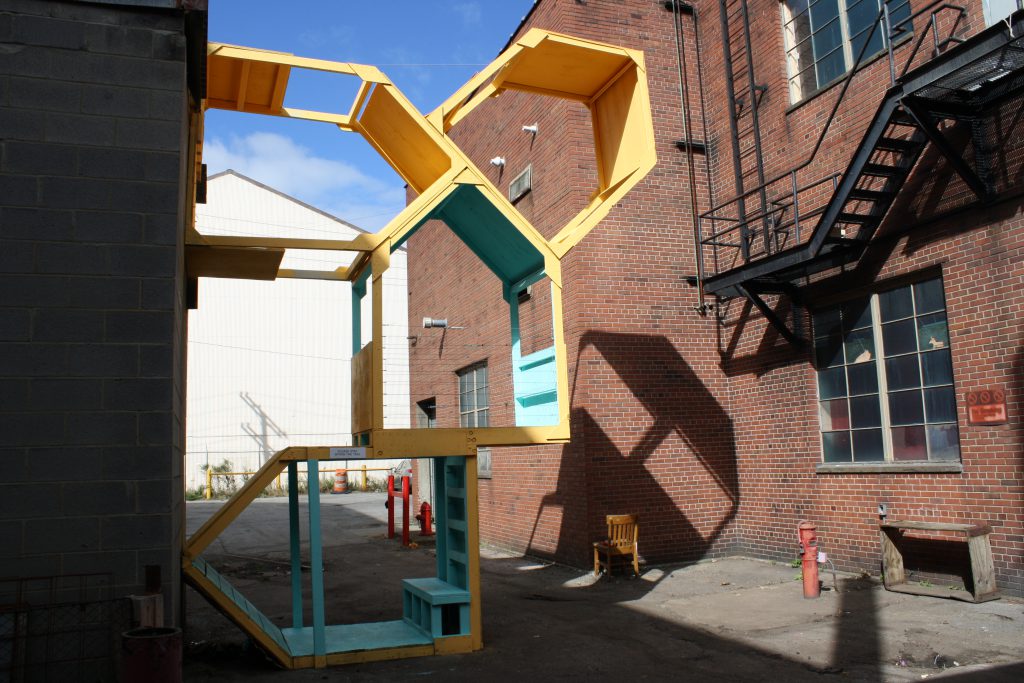 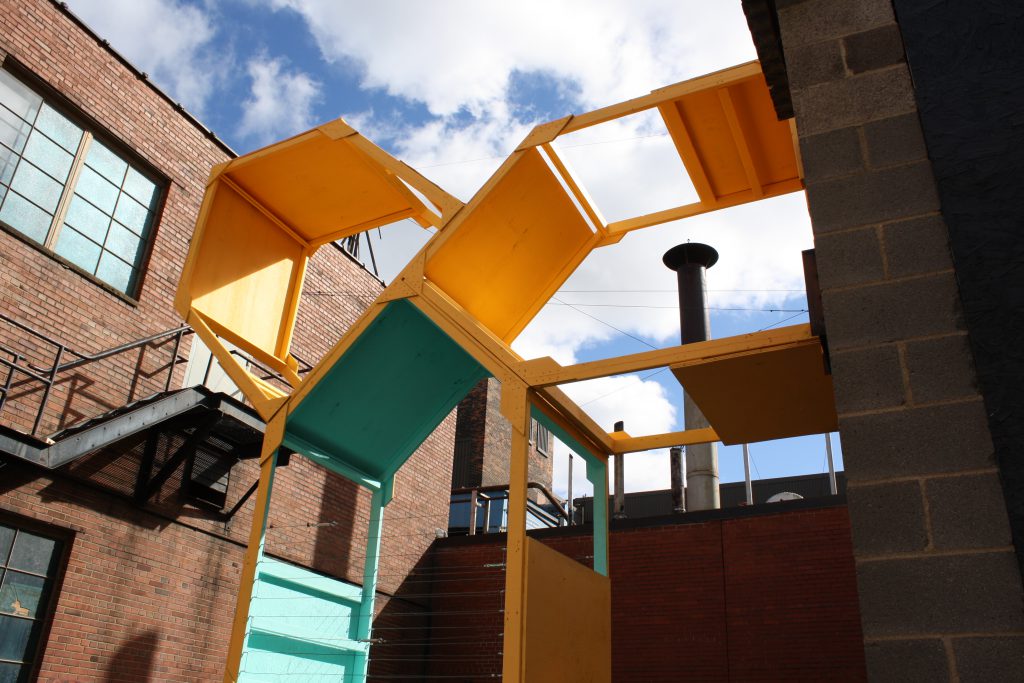 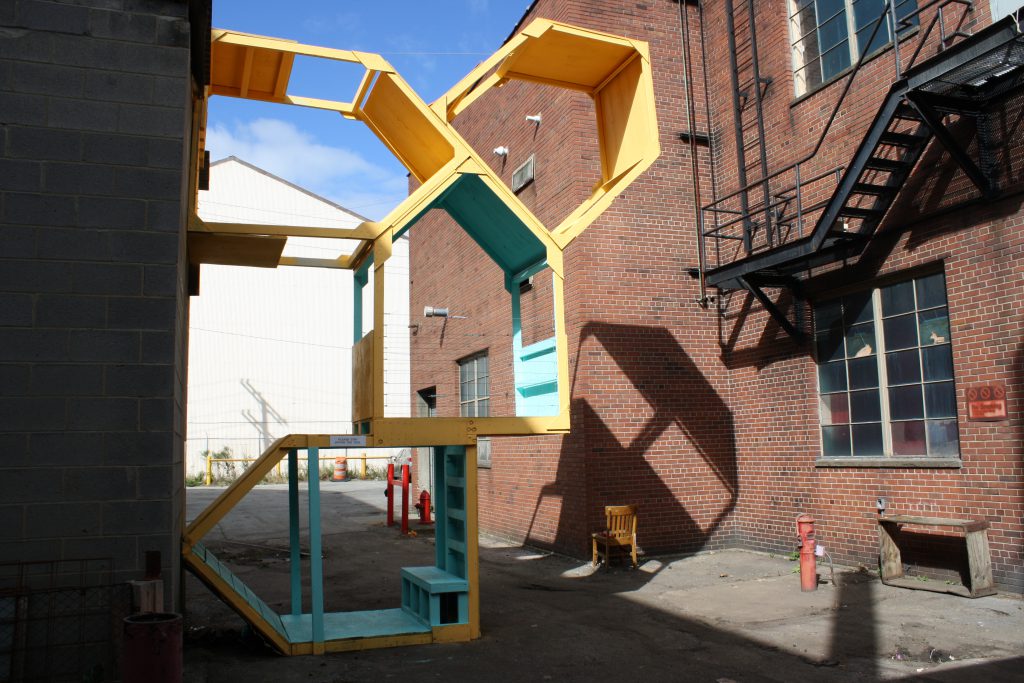 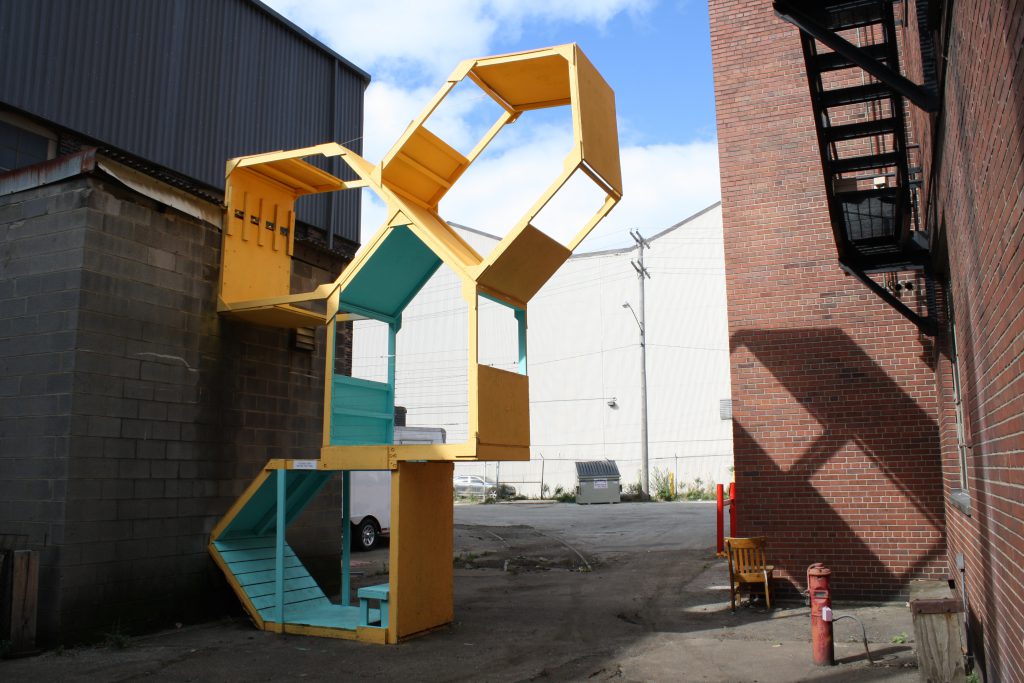 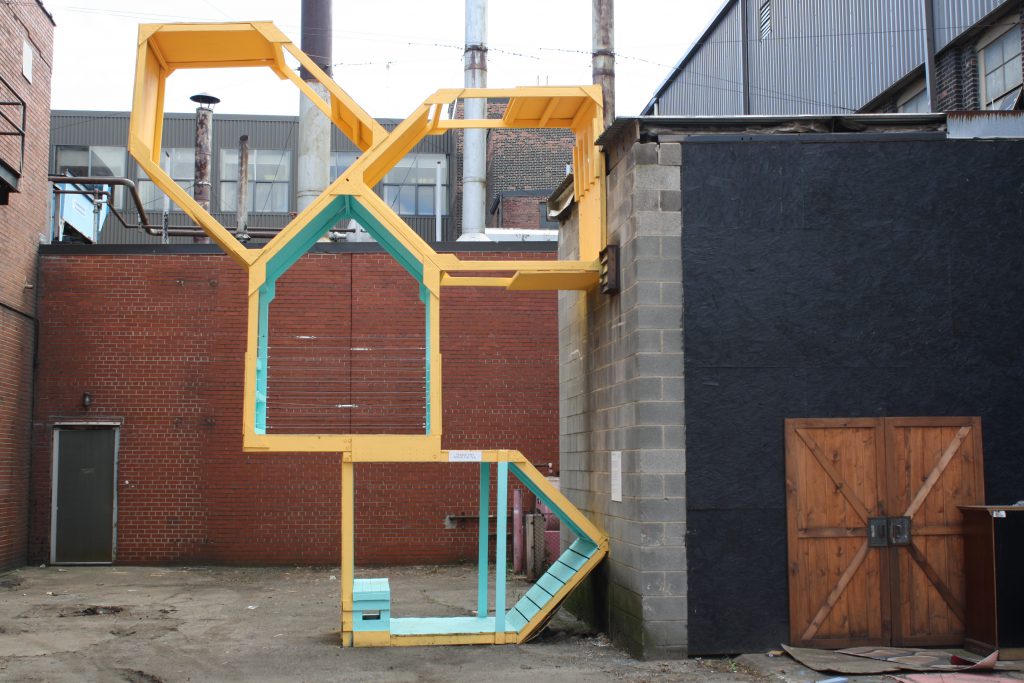 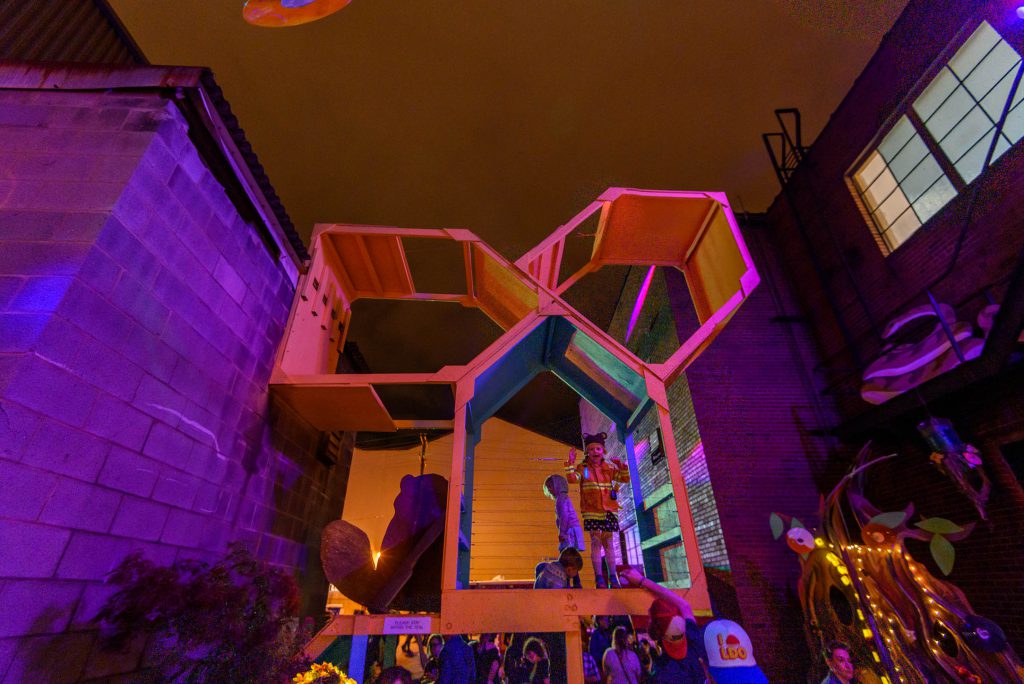